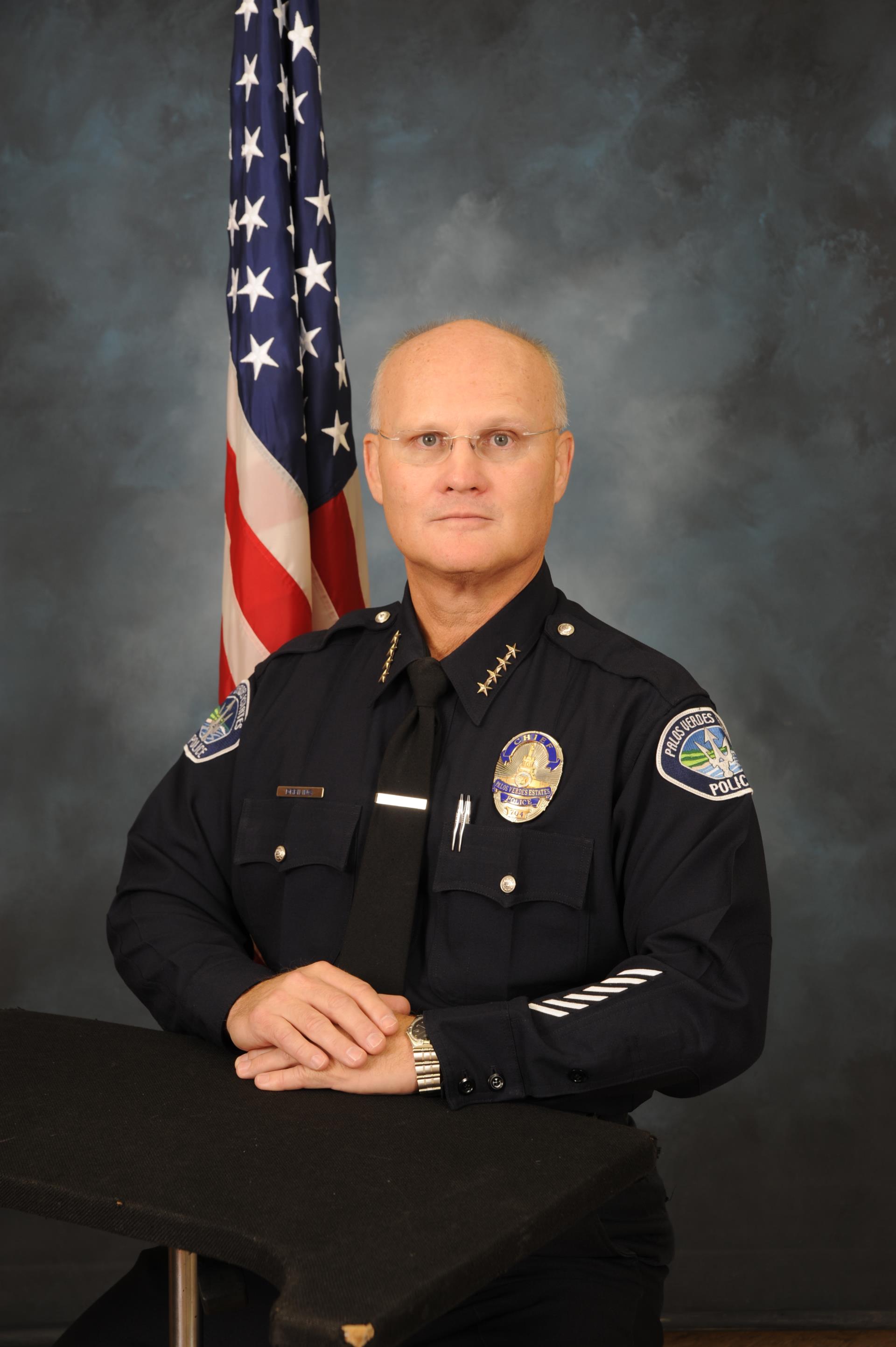 Interim Police Chief as of April 2020

Interim Chief of Police Dan Dreiling grew up in Torrance, Ca and graduated from West High School in 1977. He then attended El Camino College and Los Angeles Harbor College. In April of 1981, he attended the Rio Hondo Police academy. After graduating in July, he was sworn in as a full time Police Officer at the Palos Verdes Estates Police Department. He proudly served the Department for over 30 years. He received his Bachelor’s Degree from National University in 1999. In 2004, he was sworn in as the Chief of Police and remained Chief until he retired in 2012.

Interim Chief Dreiling was an invaluable member of the City staff and an integral part of the leadership in the Police Department. Under his watch, the Police Department has maintained a respectable reputation within our city.  He has encouraged programs such as PVE-CARES, an assistance and resource program directed toward the elderly and seniors of our city, Neighborhood Watch, a community crime prevention program, which has grown exponentially, and community awareness and disaster preparedness programs such as CERT.  He managed a department of close to 35 sworn and non-sworn officers and was appreciated by all as a hands-on, friendly and trustworthy leader. Interim Chief Dan Dreiling was the first to teach “Student and the Law” at Palos Verdes High School in 1984, and taught the class for 3 years. In 1993, he arrested, convicted, and recovered property for the largest residential robbery heist in the history of the Palos Verdes Estates Police Department, in excess of $100,000. In 1995, he was awarded the Medal of Valor.