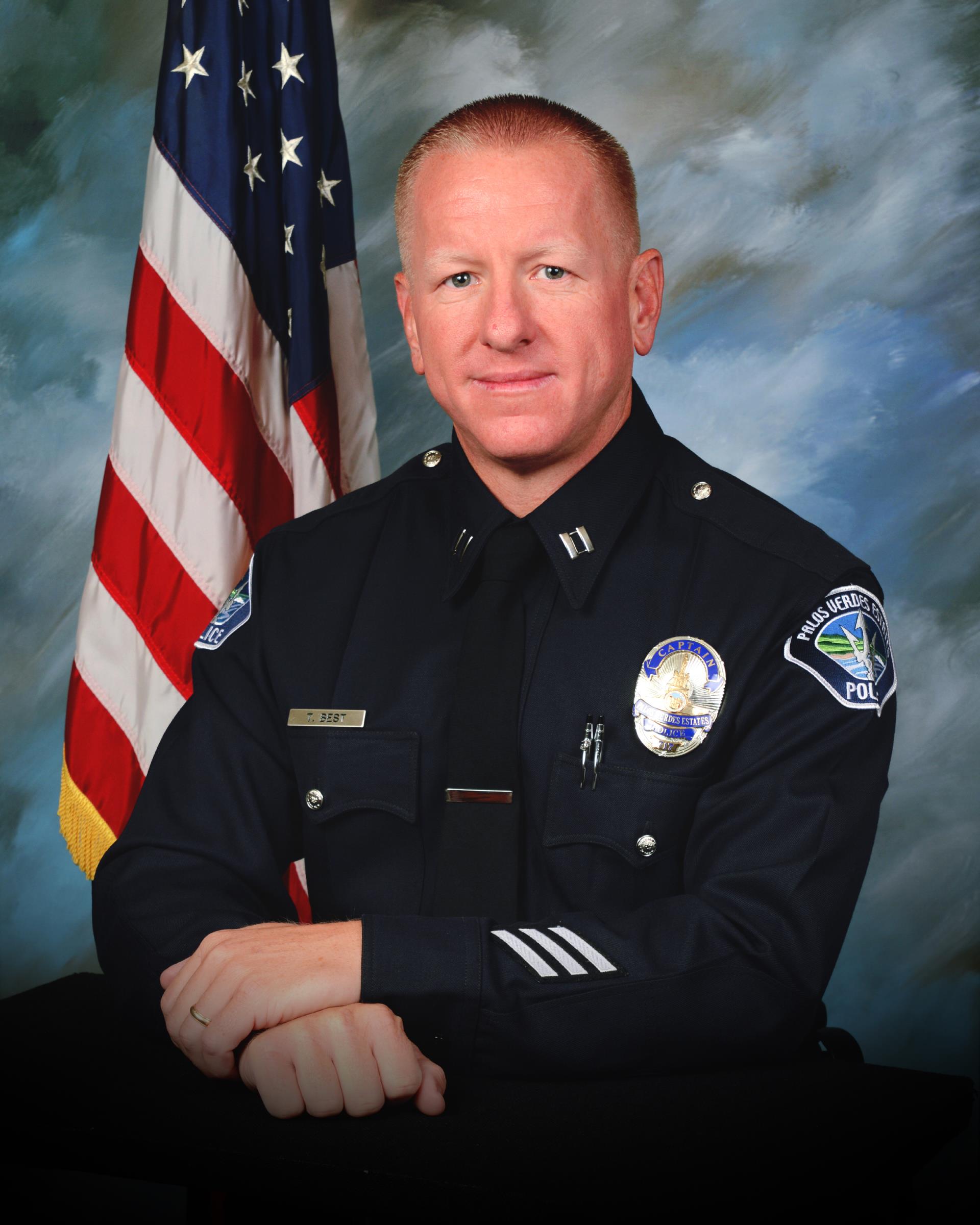 Captain Anthony Best (Tony) is a native of Southern California.  After leaving the ranks of the U.S. Marine Corps in 1995, Tony began his career in law enforcement with this City as a Services Officer. In 1996, Tony accepted a police officer cadet position with the department and was assigned to attend the rigorous Orange County Sheriffs Academy to become a police officer. After graduation, as class sergeant, Tony immediately began to distinguish himself. He was our department’s first motorcycle officer; he later became a canine handler; he was promoted to the rank of police corporal in 2006; in 2007 he rose to the rank of police sergeant, working as a watch commander, the department range master, and recently as the department’s training sergeant. All the while Tony continued his education ultimately obtaining a Bachelor of Science Degree from Cal State Long Beach. Tony brings a history of leadership and performance to the position of Police Captain.