The goals and objectives of the Palos Verdes Estates Police Department Motorcycle Unit are to reduce the number and severity of traffic collisions in the City. This is achieved through education, accident investigation, enforcement, and by working with the City's residents to address ongoing concerns.

Traffic safety and flow are significant concerns within the City of Palos Verdes Estates. Residents of Palos Verdes Estates report that some of their greatest concerns are traffic-related, such as congestion on major thoroughfares and problems with speeding vehicles within their neighborhoods. Traffic is further increased due to the high influx of daily and weekend visitors into the City.

In addition to traffic enforcement and education duties, the Palos Verdes Estates Police Department Motorcycle Unit acts as a liaison to the community to address traffic concerns. Members of the unit investigate all traffic complaints referred by community members or council member's offices. Typical complaints include speeding on certain roadways or drivers not stopping for stop signs. Another function of the Motorcycle Unit is to act as a liaison to all the schools within the city of Palos Verdes Estates. Officers from the Motorcycle Unit meet with the school principals and staff to assist them with traffic problems that occur around the schools, usually at the beginning and end of school days. 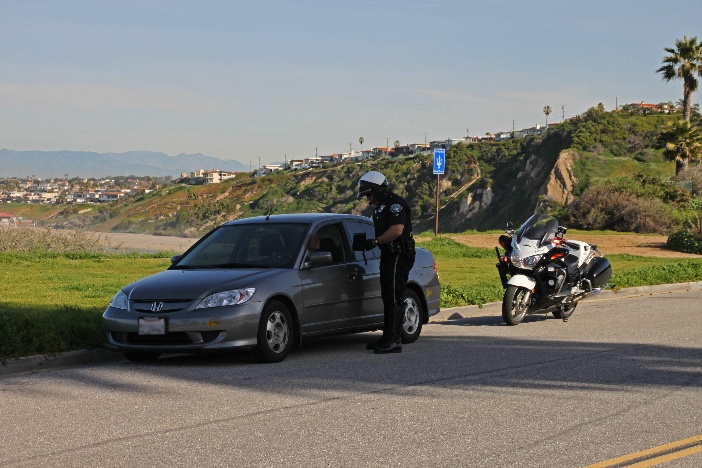 The primary purpose of traffic-violation laws and regulations is to deter unsafe driving and to educate and reform drivers. In 2009, 44% of traffic collisions that occurred in the City, were directly related to unsafe speed violations. With the assistance of the Motorcycle Unit, we will decrease the amount of traffic collisions and keep our streets safe.