Chief Mark Velez was raised in the South Bay and graduated from Bishop Montgomery High School. After graduating high school, Mark was hired by the Palos Verdes Estates Police Department as a non-sworn Service Officer.

Throughout the years Mark has held the positions of Reserve Police Officer, Police Officer, Detective, Field Training Officer, Sergeant and Captain of Operations. He is currently the Chief of Police.

In his spare time, Mark likes to plan vacations with his wife Andrea, exercise, and read. Mark looks forward to working at the police department for many years to come.

Mark enjoys feedback from the community and can be reached at: mvelez@pvestates.org. Captain Anthony Best (Tony) is a native of Southern California. After leaving the ranks of the U.S. Marine Corps in 1995, Tony began his career in law enforcement with this City as a Services Officer. In 1996, Tony accepted a police officer cadet position with the department and was assigned to attend the rigorous Orange County Sheriffs Academy to become a police officer. After graduation, as class sergeant, Tony immediately began to distinguish himself. He was our department’s first motorcycle officer; he later became a canine handler; he was promoted to the rank of police corporal in 2006; in 2007 he rose to the rank of police sergeant, working as a watch commander, the department range master, and department’s training sergeant. All the while Tony continued his education ultimately obtaining a Bachelor of Science Degree from Cal State Long Beach and Master’s Degree from National University.

Tony was promoted to the rank of police captain in 2012 and served as the Patrol Division Commander until 2015. In 2016, Tony was selected to attend the FBI National Academy in Quantico, VA and graduated that same year. Tony currently serves as the Support Services Division Commander. 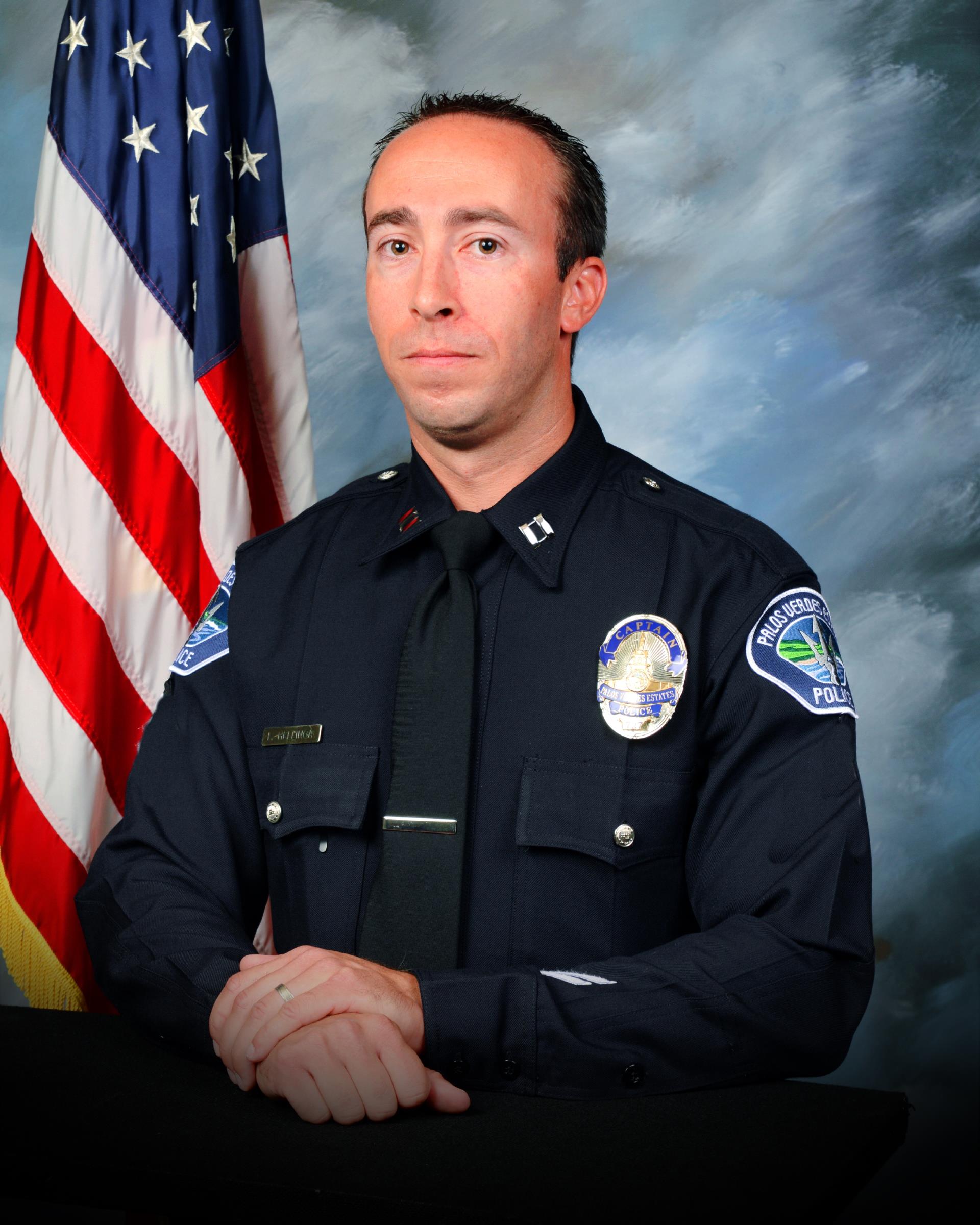 Captain Luke Hellinga was born and raised in the South Bay and has been with the Palos Verdes Estates Police Department since 2001, when he started as a part-time Police Intern. Soon thereafter, he started working for PVEPD full time as a service officer.

In 2005, Luke graduated towards the top of his class at the prestigious Orange County Sheriff’s Academy. Since then he has worked his way up through the ranks and has worked many assignments which include Patrol Officer, Field Training Officer, Detective, Corporal, Sergeant, Patrol Watch Commander and Detective Sergeant. In 2009, Captain Hellinga earned the Mothers Against Drunk Driving Award for making 100 DUI arrests in one year. In 2019, Captain Hellinga, along with Detectives Shea and Crisfield, received the Centurion Award for “Excellence in Criminal Investigations” from the Peace officers Association of Los Angeles County for their work in solving a series of violent armed home invasion robberies.